Yay! Hemlock is completed! I tell ya, having to knit it twice was slightly unpleasant, but not as bad as I though it would have been. Having to do that cast of edge twice though, well that would have killed me! It took me two hours to do the cast of border, I have to admit it does look nice though. When I saw some other knitters complaining about the cast off edge on raverly, I have to admit, I kinda thought they were being wussy.. but holy crap it's tedious!! 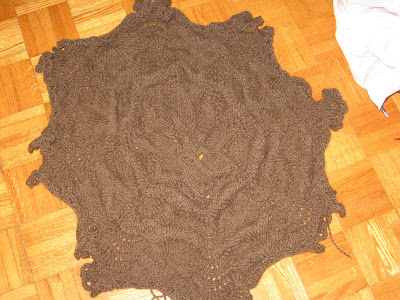 Anyway here it is as a gross lace blob pre blocking. I was a little worried when I first took it off the needles and saw it. 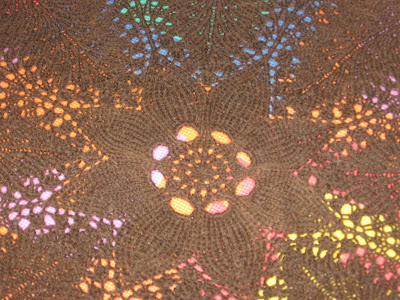 Here's a close up of the pretty hemlock centre. 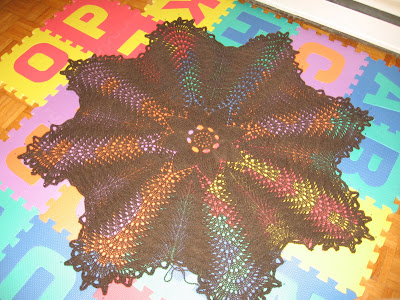 And finally, the whole thing. Pretty eh? Lace is one of the only things that I knit where at the end I am really impressed with myself.

Notice my beautiful blocking board? I got that idea from Deb Barnhill, who told me that she used a kids play mat as a blocking board. It's perfect. The foam is really easy to pierce, and when I am done I can put the pieces back in their plastic carrier. Ideal for a one bedroom apartment. Not bad for $20. (Even though it meant I had to brave Walmart in December *shudder*)

I may not be a great poster for the next couple weeks. I am heading to my parent's soon aka houses with no internet for a week or so. 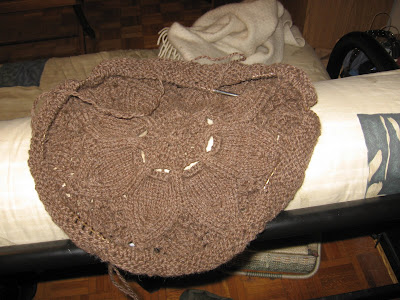 *Sigh* So I was ALMOST done my Hemlock Ring Blanket... and I was wondering why oh why was it so much smaller than everyone elses... then it dawned on me as I actually read the pattern (instead of skimmed it like I had before)... I had to do FOUR plain rows of knitting in between increases... not THREE like I had been.

I don't swear very often... but fuck man! That sucks!

So I know I have been a terrible knitting blogger, but I have been a pretty good knitter. I have finished one unbloggable project (which is on raverly). I have also finished a pair of perfect old man socks for my Grand-Daddy and I FINALLY sewed buttons on to Thermal, only took me 9 months. 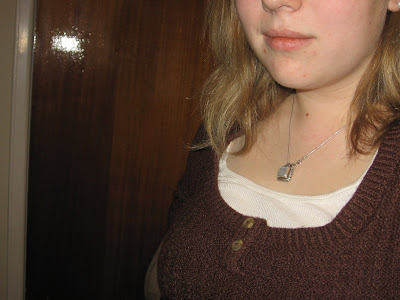 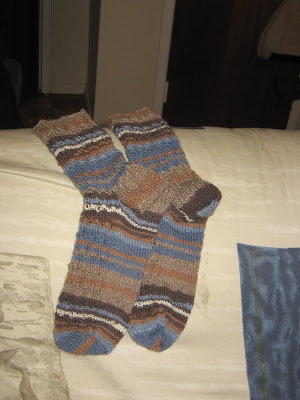 Undulating Rib Socks from Favorite Socks in the DGB Confetti I scored at the stash swap.
Posted by Maggie Tipping at 10:13 AM 2 comments: